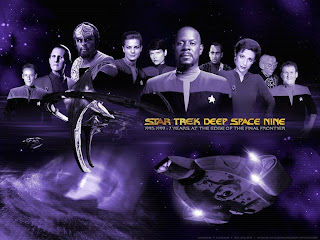 I was 12 when DS9 premiered, STNG had been "my" show I would record and watch it religiously. The station that had DS9 played it very late and I did not get to watch them all and even missed the finale cause it wasn't publicized and I forgot haha. After the DVDs came out I would watch it from start to finish every year sometimes twice. I have only opened the first season of NG and did not watch it all. DS9 is simply amazing what a great show with the many arcs and character development and consequences (they couldn't warp away at the end of the episode)thank you for your recollection it was very similar to my own.